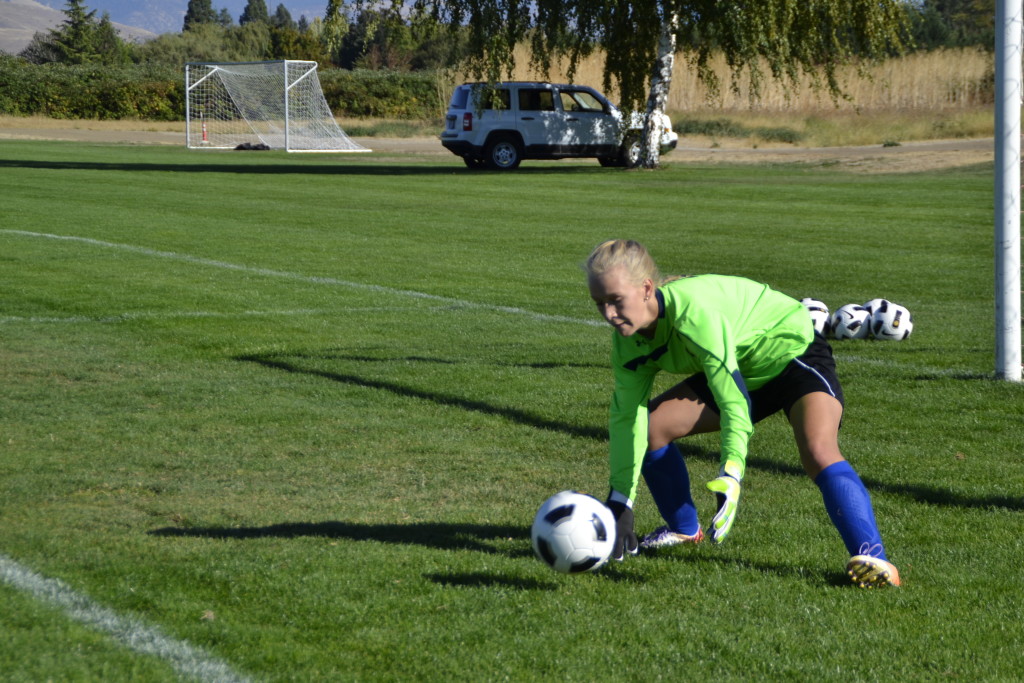 By Astrid Onesto and Carina Carrera-Flores

The girls varsity soccer team traveled to Klamath territory on Monday, September 21. They took on Klamath Union and came out with a loss of 6-0. They worked hard, came home with lots of bumps and bruises, but they kept their heads up. Thursday September 24, the girls traveled to play the Hidden Valley Mustangs and came home with a loss of 5-1, with a goal from Guillermina Rodriguez and the assist from Maegan Farley. Monday, September 28, the girls had a home conference game against North Valley and lost once again with a score of 3-0. The Lady Pirates went off to play the Mazama Vikings and barely lost with a score of 4-3, but they had their best game of the season so far and they have improved a lot. Daniela Escobedo took on the goalie twice and scored two goals in the first half, and Guillermina Rodriguez scored the third goal during the second half with an assist from Liliana Mejia. The Lady Pirates had a rough start but through the weeks have improved their skills and gave it their best at every game. Next week the Lady Pirates will take on Henley and Klamath Union at home.

Be the first to comment on "Girls Varsity Soccer"