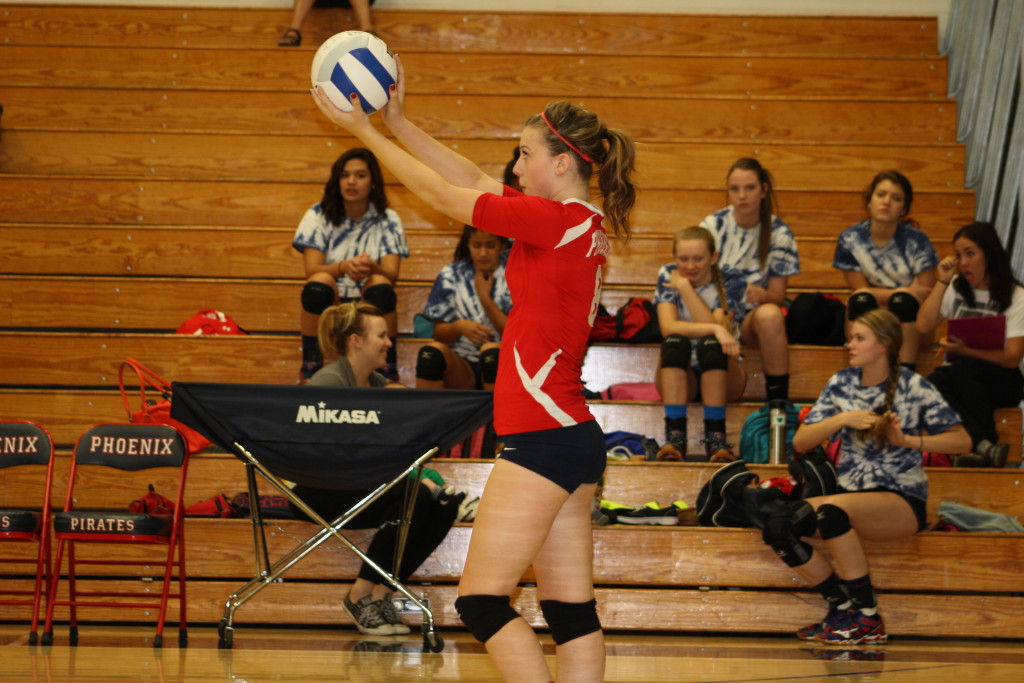 In Phoenix’s fifth league game, the Pirates fell to Henley. So far in the season they are 3-10 overall with a league record of 0-5. The Pirates have three varsity returners, Lyzett Gutierrez, Emi Weiss and Danika Meer from the 2014 season. It is also Coach Candace Leidecker’s third season as the varsity head coach. Before she was the varsity coach, she coached the JV2 team for one season. On varsity there are three seniors, five juniors, five sophomores, and one freshman.

In non-leagues games Phoenix is 1-3 with a win over Brookings-Harbor.

During the league opener against Klamath Union, Phoenix fell in the first two sets, however they came back in the third set making the teams go to a fourth set. Unfortunately, during the fourth set, Phoenix fought hard, however they ended the night with a loss.

In the Pirates’ second league game; they fell to Mazama 0-3. In all three sets the Pirates were fighting to come back. In the third league game, the Pirates fell to North Valley with a score of 0-3, but they kept their heads held high. Going into the fourth league game against Hidden Valley, the pirates fought hard till the end and fell to a score of 0-3.

In the fifth league game against the Henley Hornets, Thursday October 1, the Phoenix Pirates were defeated in three sets. The Pirates scored nine points in the first set, twelve points in the second set, and seven points in the third set. “The Pirates fought hard and played well as a team against the undefeated team in the Skyline Conference,” said Coach Candace Leidecker. Senior Lyzett Gutierrez’s contributed seventeen digs for the Pirates.